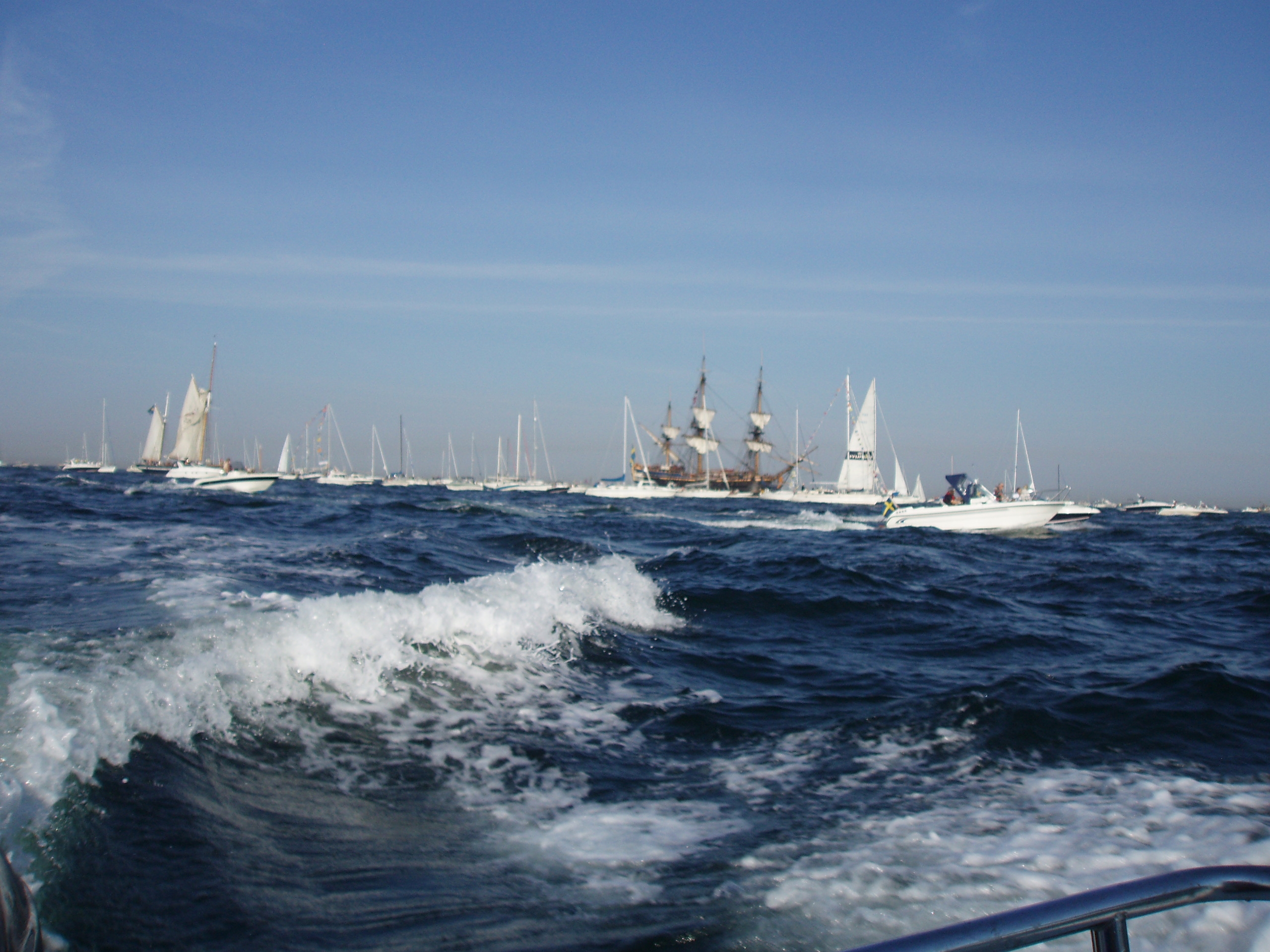 Göteborg´s southern archipelago, as well as the whole stretch of coast in the west, once belonged to the Danes. During the Viking period, the border between the Norwegian and Danish king’s areas of interest ran by the Göta River outlet. Elfarsyssel – the Land of Elves – included the islands up to Orust and Tjörn and was of vital interest to these kings and the Swedish nobles.

Many geographical names originate from this era. For example, the Danafjord (the passage inside of Vinga) and Danaholmen, now called Danmark Lilla or Danska liljan (Little Denmark), an island in the Danafjord right outside Brännö. In the middle of the 13th century, the West gothic people gained access to the Western Sea through a small passage. Brännö islands or Älvaskären (the River islands) became Swedish at this time.

Danaholmen was the border point and was divided into three lots, one for each king in Norway, Denmark and Sweden. The oldest signs of settlers in the archipelago originate from the early Bronze Age almost 4000 years ago. 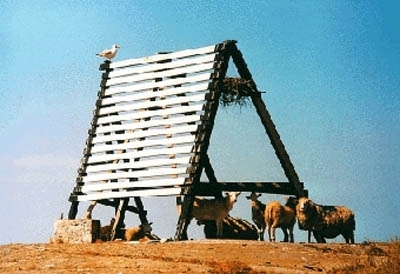 By its strategic position, Brännö became an important place for markets, district court sessions and served as a meeting place for kings, noble men and merchants. The channels between Brännö, Asperö and Rivö were, in those days, approximately two meters deep, which made the area the best protected southern port along the whole coast. It could hold several ships at anchor at the same time and they could sail out in all wind directions.

In the Icelandic Sagas you can read about how an Irish king’s daughter, Melkorka, was sold as a slave for three silver marks to the Icelandic chief Hoskuld Dalakollson at a Brännö Market in the 10th century. Alf Henriksson tells; “The threatening war between the Norwegians and the Danes was prevented by wise Noble men in the year 1076. The young kings, Hardeknud, who was almost 18 years old and Magnus only 12, had already gathered their armies on each side of the border which was the Göta River.” They were brought together on Brännö and were made to swear each other friendship. 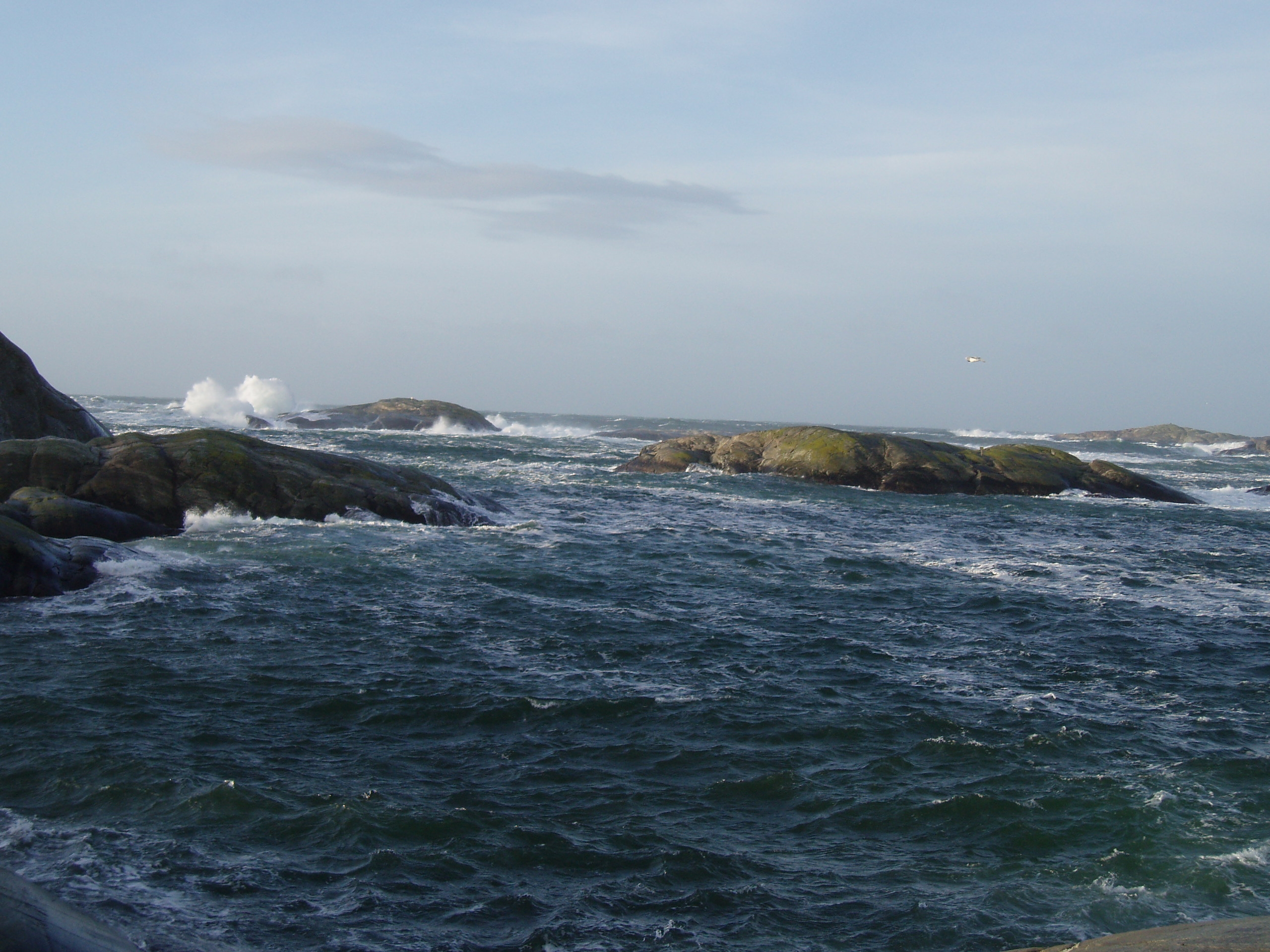 In the recurrent battle between Danes and Swedes over the control of Göteborg and the trade to and from Sweden, the islands were pressed hard. The Elfsborg fortress had to be ransomed twice. In 1676 the Danes burned and toppled all houses on Brännö and took all harvest. After the years of war, the district court sessions were re-instated on Brännö in the year of 1680.

The people on Brännö had the right to use the surrounding islands, like Känsö and Galterö, for pastures, harvest, hunting and collecting peat for burning. 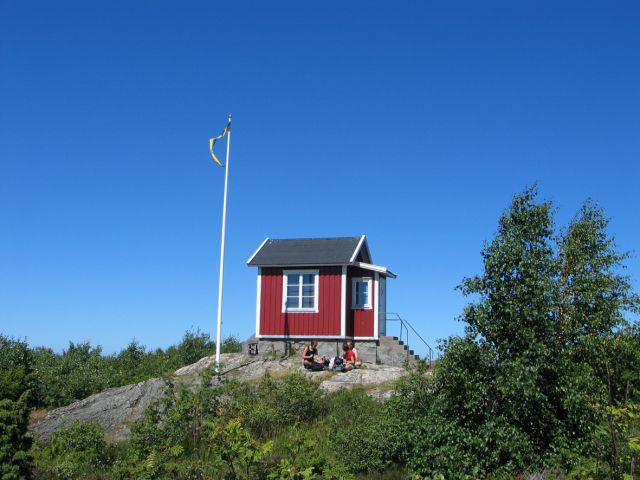 Eventually all pilot stations were coordinated to Vinga. The pilots still lived on their home islands. On the side of this uncertain profession, they had to add to their income by farming, fishing and hunting. Because of Brännö’s strategic position by the shipping entrance to Göteborg and the anchor sites on the Rivöfiord they built a custom station here. Many people supported themselves as coast guards or coast oarsmen. Apart from these professions, many took jobs as sailors and officers on the King’s Caper, the East Indian Company’s ship, or with the growing shipping companies. Some immigrated to America.

One of the old pilot cutters – Delagoa – can be seen in some pictures at the Värdshus.

The Brännö field is, perhaps, the place where the markets and thing (district court sessions) were held and is one of the last all connected village fields that is taken care of and kept clear by hundreds of sheep. During the spring, it’s full of lambs. 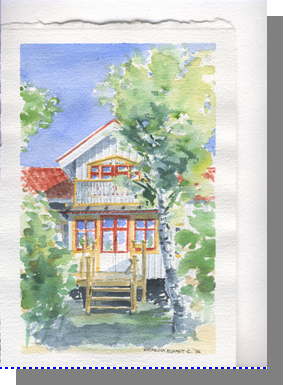 The old part of the Brännö Värdshus was built in the year 1900 by my great grandfather, the master pilot Otto Granström and his wife, Josefina. Like all pilots, they also ran a small farm with a cow, a pig and sheep. They added to this by fishing. They raised four children. Gurli, who was a seamstress, Harald was a sailor, Algot a master pilot and Gustaf, my grandfather, a Captain in the Swedish Lloyd shipping company.

The new part with the bakery, kitchen and store was finished in May 1995.

The new pavilion “Glashuset” was built 2007. 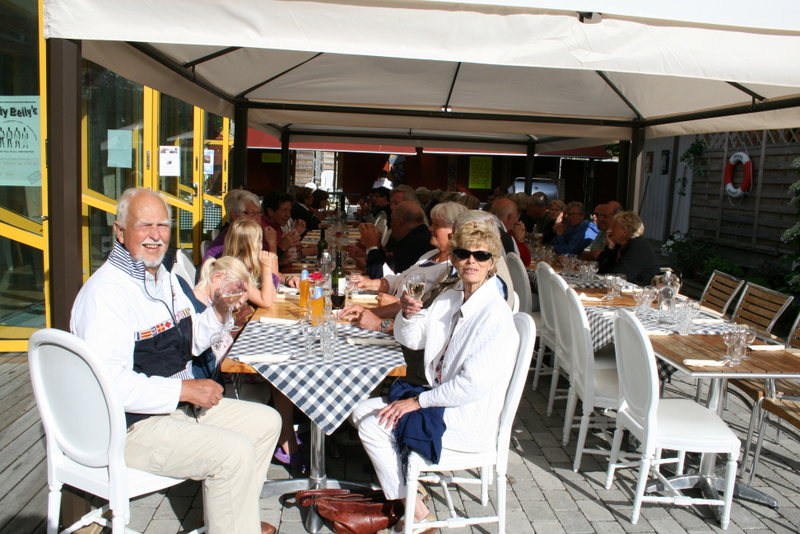 About Brännö in song

Brännö’s best-known resident was Lasse Dahlquist (1910 – 1979). From childhood, he spent his summers on Brännö, where his grandfather was a senior pilot. As an officer’s apprentice onboard Beatrice, one of the world’s last large cast iron sailing ships, he started his successful life as a composer and text writer. He produced over 700 songs. Among the most popular songs are “Dans på Brännö brygga” (Dance on Brännö landing) and” Morfar har berättat” (Grandfather has told me). Lasse is buried in the cemetery on Brännö.

The Dahlquist family was often visited by Evert Taube, who was born on Vinga where his father was the lighthouse keeper. Many of Evert’s relatives still live on the surrounding islands.

A bronze relief of Lasse Dahlquist, made by the Brännö artist Bertil Lengstrand was officially uncovered on June 13, 1999 on a cliff near the landing in Husvik. 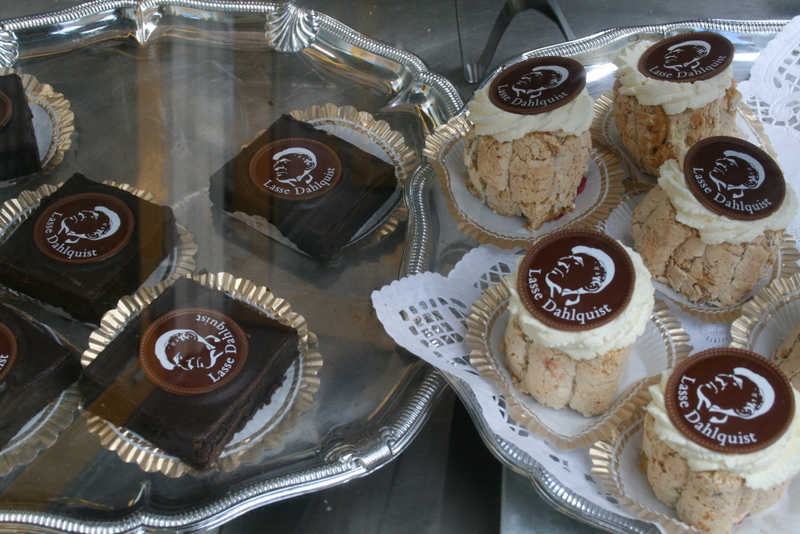 In August, the Society arranges the yearly Lasse Dahlquist day with entertainment, song and guest artists.

Lasse Dahlquist’s musical inheritance has been kept alive by numerous other musicians and artists on Brännö, who perform either on Brännö Brygga (the Husvik landing) or here at the Värdshus. Brännö- pojkarna (The Brännö boys) are one of many musical groups.